I’m mixed about not going to Woodstock. It was right before I was going to college 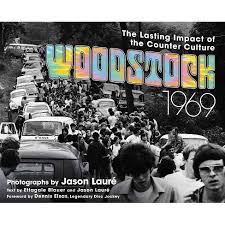 and I was living at home in Cherry Hill, NJ. My parents wouldn’t let me go. Too dangerous, they said.  So I just accepted this fact. It turned out not to be dangerous at all. No real serious crime. Reports state that there were only a dozen police officers for the 400,000-500,000 who attended. Can you imagine this today? There were three deaths: two from overdoses and one guy was run over by a tractor. It was a happening of peace, love and music. However, there was too much crowding, rain, mud, sewage, traffic jams, drugs and garbage and too little food and bathrooms. On one hand, I missed the greatest musical event of all time. On the other hand, I would have been miserable. Still, I would have liked the bragging rights of having been there.