My hospital, Jackson Memorial Hospital in Miami, Florida, was founded by Dr. James Jackson in 1918. There are so few institutions (and people) that are 100 or more years old. When it opened, Jackson Memorial Hospital had 13 beds and a few employees. Today it has 2100 beds and 12,000 full-time employees. Its vision has always remained the same; providing quality care to all those in need. Now with any big institution there are problems. I actually enjoy ragging about Jackson. We’re overworked, it’s overcrowded and the food is lousy. After my husband’s life was saved there in 2008, I kept a lid on the kvetching for a while. And we were in a position to donate to the hospital, so I became an active board member of the Jackson Health Foundation, the fundraising arm of the hospital. Below is a photo of my husband, my daughter, Keith Tribble, the CEO of the Foundation and me at the hospital’s 100th anniversary gala. I was in a whimsical mood that night wearing a headband with the numbers “100” rising from it. 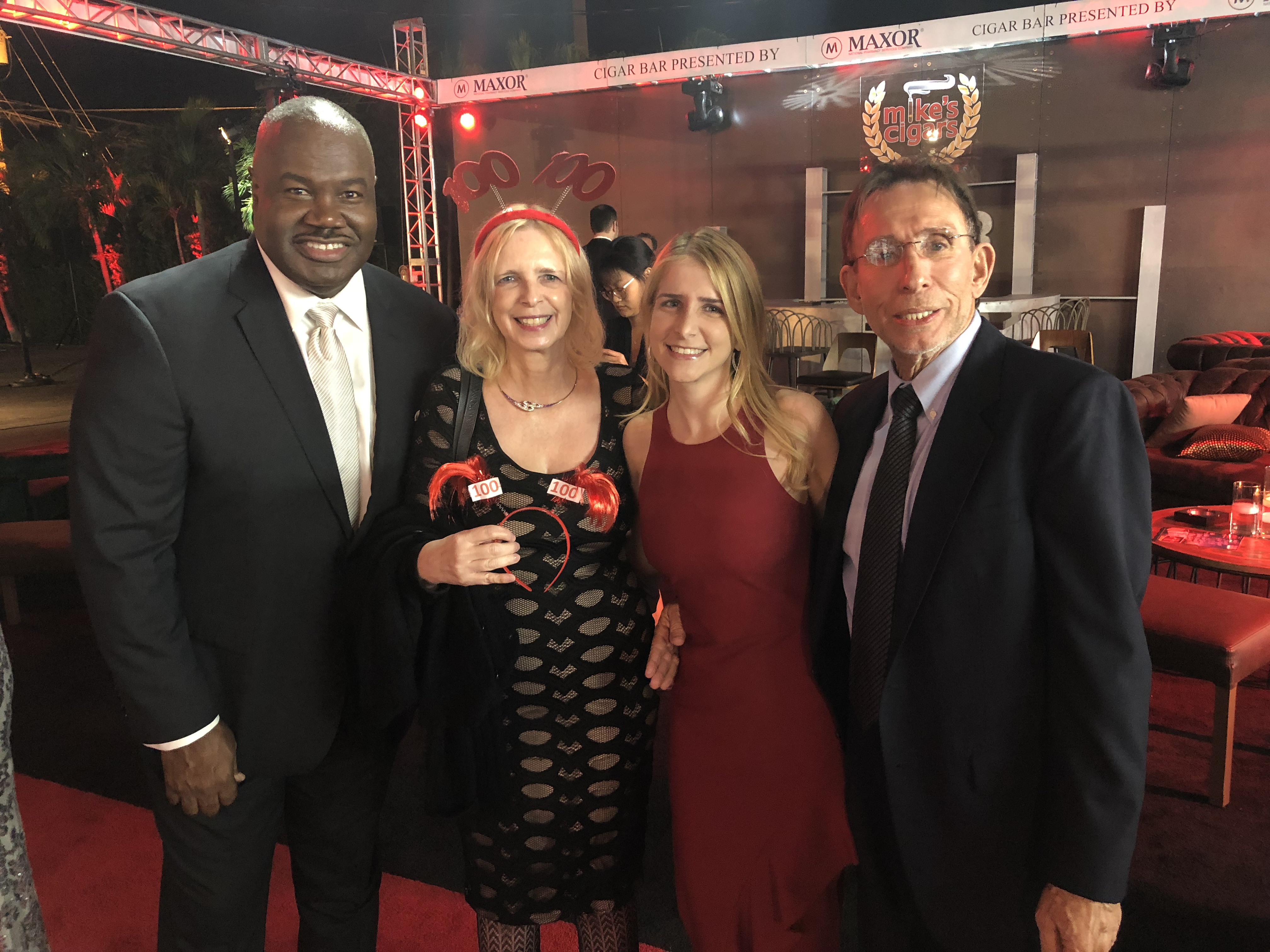